Most of those who have encountered yellowjackets have learned several things about them: 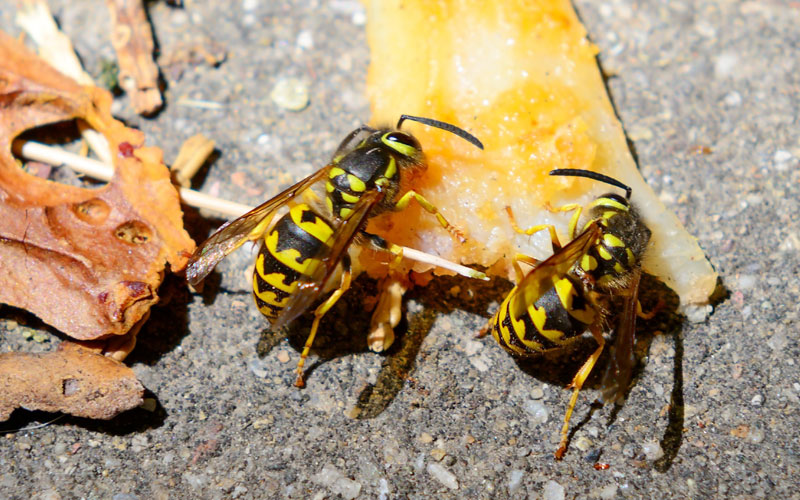 My goal is to spread some knowledge regarding these amazing insects because there’s more to them than just a nasty sting. Plus, the more you learn about them, the smaller the intimidation factor that they produce.

In this article, we will discuss yellowjackets’ feeding behavior. What do they typically eat at various stages of development, and can you starve a colony by depriving it of its essential food sources?

Yes, they do. As a matter of fact, nectar is their primary food source, especially since it’s rather easy to come by and collect. Their feeding behavior also makes yellowjackets and other wasps rather effective pollinators, sometimes more effective than honeybees.

Honeybees are more thorough about their pollen-collecting tactics. The honeybee gathers the pollen sticking to its legs and body in special sacks located on their hind legs. Since they are so thorough about it, their potential of spreading the pollen to other flowers is limited.

Yellowjackets are more careless and don’t have a specific pollen-gathering mechanism. They will simply storm their favorite flower, rub and wiggle their bodies inside while feeding, then fly to another flower for another nectar reserve. The pollen will cover their entire body, albeit not as effective, since wasps lack body hairs, increasing the likelihood of successful pollination.

What Insects do Yellow Jackets Eat?

Yes, but actually no. Adult yellowjackets only feed on nectar, sweets and sweet substances, meat, fish, and anything else that may fall in the ‘scavenging food options’ category. They are not specialized carnivorous hunters like other insects, like the Hornet Robberfly, mantids, spiders, etc.

They will, however, hunt a variety of insects to feed their larvae, which are exclusively carnivorous at this stage of development. Some of the insects they feed upon include flies, beetle grubs, crickets, and aphids, making wasps effective pest control insects. Combine this with their moderate pollination capabilities and you can see why some consider wasps environmentally beneficial.

They also rank as pests due to their harmful interactions with humans, making wasps one of the more controversial species of insects.

Do Yellow Jackets Eat Their Dead?

It can happen, but it’s a rather rare behavior. It has only been observed sparingly in the wild on a handful of occasions and only in conditions of famine. In other words, yellowjackets will only consider cannibalism when facing starvation.

In these situations, however, they will kill and eat each other. This is not the same with eating dead wasps that have died naturally. Wasps, like other social insect species, resort to necrophoresis. This is the act of carrying the body of the dead outside the colony to prevent potential diseases spreading throughout their society.

You’ve most likely seen traces of this behavior in the bodies of dead wasps around the nest.

Other than that, yellowjackets may also attack foreign yellowjackets belonging to a different colony that trespasses their territory or attempt to infiltrate their nest. Yellowjackets recognize one another via pheromonal production, consisting of chemicals that wasps consider familiar. No intruder will go unnoticed.

In such situations, the intruding wasp may become meal for the colony’s larvae.

Yes. As hunters and scavengers, yellowjackets eat both living and dead victims indiscriminately. When it comes to meat or fish, the wasps prefer their food spoiled or rotten rather than fresh. It’s not uncommon to spot them near rotten animal carcasses, competing with scavenging flies over the available food. Not that it would be much of a competition since flies are also part of the wasp’s diet.

The good news is that this feeding behavior can also be their downfall. Many people use rotten meat to lure stranded yellowjackets and kill them before they can expand their nest.

Rarely. Adult yellowjackets only eat meat in extreme scenarios when no other food sources are available. Adults prefer to feed on nectar and sweets and will only rarely consume any protein sources. The latter are reserved for the wasp larvae who need a surplus of nutrients to boost their developmental stage.

Adult wasps will typically hunt other insects, chew them using their large and powerful mandibles, and feed them to their larvae. This makes yellowjackets effective pest controllers, as they hunt and consume crop destroying insects like crickets, cabbage worms, beetle grubs, etc.

Yes, they will eat both, so long as they are sweet and juicy. While wasps can eat solid food, they prefer it in liquid form, since it’s easier to consume and digest. This feeding behavior is one of the primary reasons why yellowjackets and other fellow wasps rank as pests.

Wasp nests can grow quite large and can lead to unfortunate interactions between wasps and humans when located near human settlements. These interactions will include a lot of stinging and garden damages due to the wasps’ predilection towards sweet veggies and fruits.

In this situation, pest control measures are necessary to eliminate wasp nests and discourage them from returning to the area. Whatever you do, don’t tackle the situation yourself, especially when dealing with a larger nest. Yellowjackets are no joke, especially in large numbers and in proximity to their colony, which can boost their aggressiveness.

If you needed one more proof that yellowjackets are more pests than beneficial, this is it. Yellowjackets are notorious for their predilection towards honey and have a rather blunt attitude about it. They won’t be too courteous towards the bees guarding it, as they will usually lay waste among the bee population.

Wasps are larger than the bees and have stronger mandibles, allowing them to kill workers with great ease. The entire situation is made worse by the fact that wasps tend to attack bee colonies in large numbers. This is called an invasion and will result in the total destruction of the bee colony.

The wasps will break down the honeycomb, eat honey and bee eggs, and macerate bee grubs to feed them to their larvae. They will also kill every bee they can catch, with many beekeepers reporting that wasps can also kill the queens. The aftermath is rather grim. The surviving bees will leave the nest to search for a safer place to rebuild their colony.

The wasp’s predilection towards honey makes them hated and dangerous pests capable of inflicting serious financial damage in the bee-growing business.

Yes, yellowjackets can eat seeds, given the opportunity. We’re talking about sweet bird seeds designed for orioles or hummingbirds, which appeal to the wasps’ sweet tooth.

Yellowjackets play a critical environmental role by killing pest insects that destroy crops. On the other hand, wasps also have a detrimental effect on the environment from a human perspective. If you suspect a wasp nest nearby or you’re facing a wasp invasion, consider the following solutions:

This is a good solution if you haven’t located the nest. You just have rogue yellowjackets roaming around your yard or home, causing discomfort and creating a tense atmosphere. Wasp traps are simple, as they consist of a simple container that traps the insects inside. You can use sweet liquids to attract them.

If you’ve located the nest, you will need to approach the situation carefully. Yellowjackets are territorial and will react aggressively when threatened. The danger you’re exposing yourself to increases with the size of the nest and the number of wasps present.

In this situation, I would recommend several approaches, starting with the safest and most effective and going down from there:

Personally, I would rely on professionals to get the job done. If, however, you prefer to take matters into your own hands, never forget protection. Get some good protection gear, especially if you’re dealing with larger nests. Stay smart, stay safe! 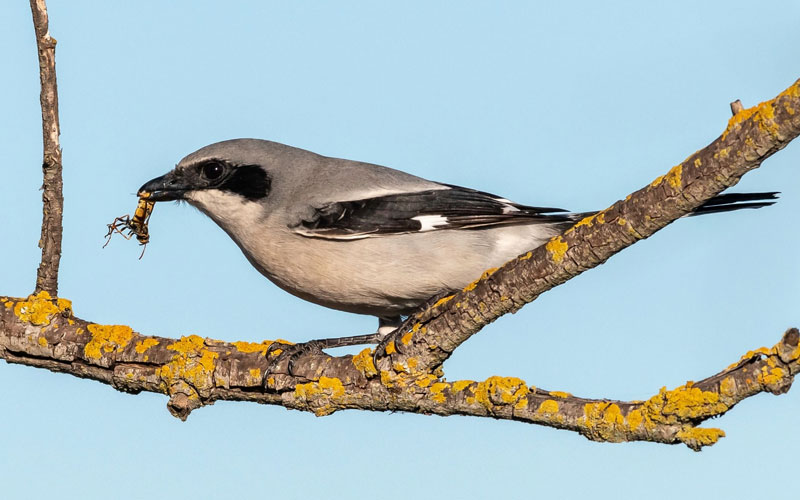 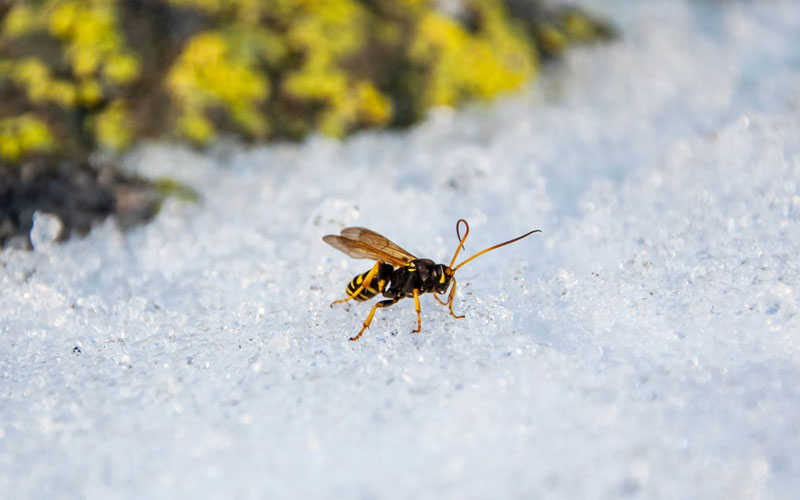