Leaf insects are low-maintenance insects that can thrive in captivity, given ideal living conditions. The good thing is that, once you’ve set their enclosure, they will only require minimal assistance from you in the long run. So long as you maintain their temperature and humidity to optimal parameters and clean their habitat occasionally, they won’t ask for much. 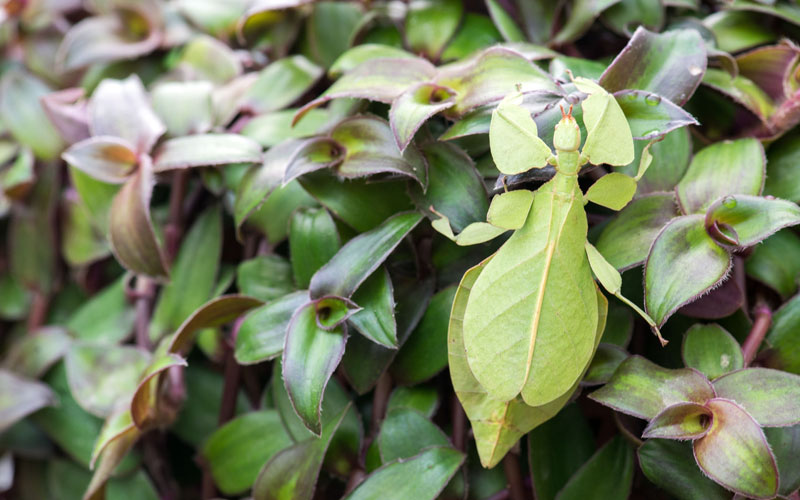 Leaf insects have several living requirements, including temperature (preferably around 75 °F) and humidity (70-90%, which is higher than both stick insects and most mantids). Another requirement relates to their food. Leaf insects are rather picky eaters. They will only consume fresh food; if it gets old, they might ignore it even by a couple of days.

Also, not all Leaf insects consume the same types of plants. Before acquiring it, you should inform yourself on your preferred Leaf insect’s diet. But let’s see what Leaf insects prefer to eat and how you should feed them.

While not all Leaf insect species consume the exact same plants, their preferences are similar for the most part. Some of the plants that most Leaf insects enjoy include:

Leaf insects will also eat sweet chestnut, rose, apple leaves, rhododendron, and others. So long as they are fresh and from clean sources, your Leaf insect will enjoy them long-term.

How to Feed Adult Leaf Insects?

Leaf insects don’t require any special feeding tactics. You just place the leaves in their habitat, in their close proximity, and they will start eating shortly. However, there are a few pointers I should highlight here:

How to Feed Baby Leaf Insects?

You might think that baby Leaf insects have similar requirements to adults, but you would be wrong. They are basically the same species, yet they show significant differences in their anatomy and overall functioning. More people tend to buy baby Leaf insects lately since they are cheaper than adults.

The problem is that juvenile Baby insects tend to die more often than adults in captivity. This is generally due to unfit environmental conditions and starvation. The former occurs because the younger the insect, the more sensitive it will be to fluctuating environmental parameters.

The latter may seem confusing, but it’s true nonetheless. Baby Leaf insects don’t die of starvation because their owners don’t feed them but because they can’t or don’t know how to eat. They have small mouths and may sometimes be unable to bite into thicker and harder leaves. Or they may straight up have no idea what to eat.

You may place the leaves in front of them, and they might ignore them, despite being hungry.

To avoid both issues, provide your baby Leaf insects with softer leaves and place them all around the insect. Eventually, the juvenile will become attracted to the food’s odor and will begin to feed. I suggest providing them with bramble at first. It’s one of the main food sources for Leaf insects, thanks to its availability in the wild.

Then you can try different other plants to see which your Leaf insect will prefer.

How Long Can Leaf Insects Go Without Food?

Leaf insects can go several days without food if necessary. They tend to fast when the molting process begins, at which point the insect will refuse food for several hours prior. This doesn’t mean it’s okay to feed the insect once every several days.

Your Leaf insect should always have fresh leaves available in its enclosure since it tends to eat pretty much the entire day. It’s also worth noting that larger adult insects can fast longer than the juveniles. That’s because the adult insect can eat more at once and live off of its reserves for longer.

Yes, they do. Leaf insects will collect water off of the very leaves they’re eating. This is why it’s indicated to spray their enclosure with water regularly. This will increase their habitat’s humidity levels and allow them to drink water droplets hanging from the leaves.

They don’t need too much water, so don’t go overboard with spraying. Too much water may make the Leaf insects uncomfortable.

Do Leaf Insects Eat Each Other?

No. This is a legitimate concern for most insect lovers since a lot of insects may cannibalize one another if lacking proper nutrition. This isn’t the case with Leaf insects, since they are exclusively herbivorous, so they will only consume plant-derived nutrients. If they lack adequate food, they will simply starve.

That being said, there are instances when Leaf insects will bite one another, but it will mostly happen by mistake. It’s because, when starving, anything that looks like a leaf is a leaf, including one of their own.

To prevent such problems, always keep your insects well-nourished and hydrated.

Leaf insects aren’t pretentious animals, but they do require specific environmental conditions, including daily fresh food. Get the leaves from clean and safe sources, wash them before passing them to your insects, and make sure you replace any uneaten leaves every several days.

Other than that, Leaf insects only need peace and comfort. 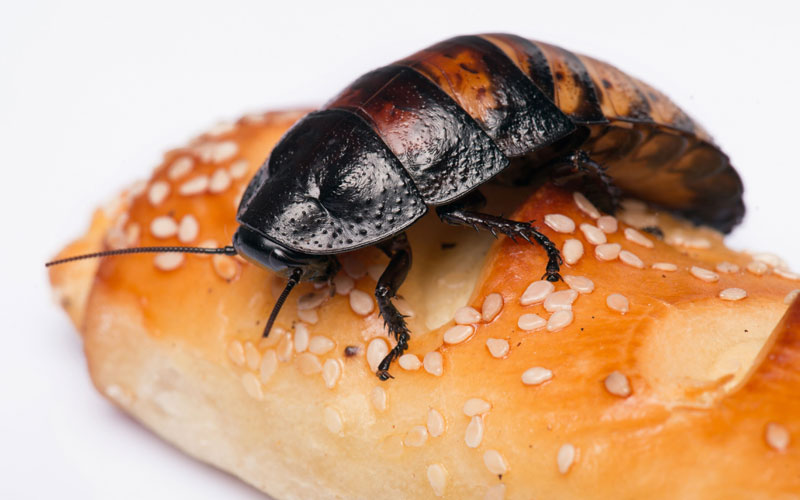 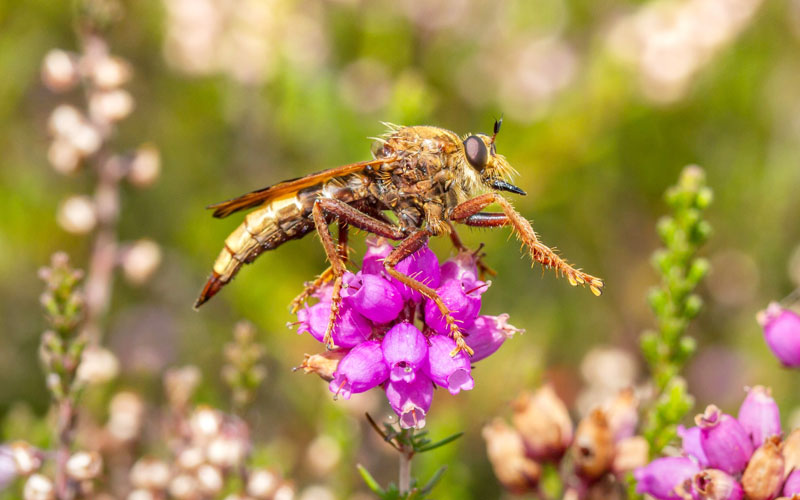 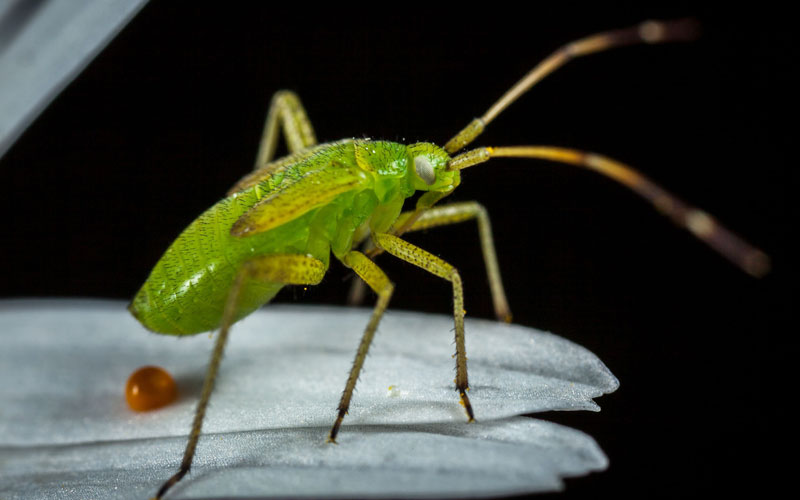 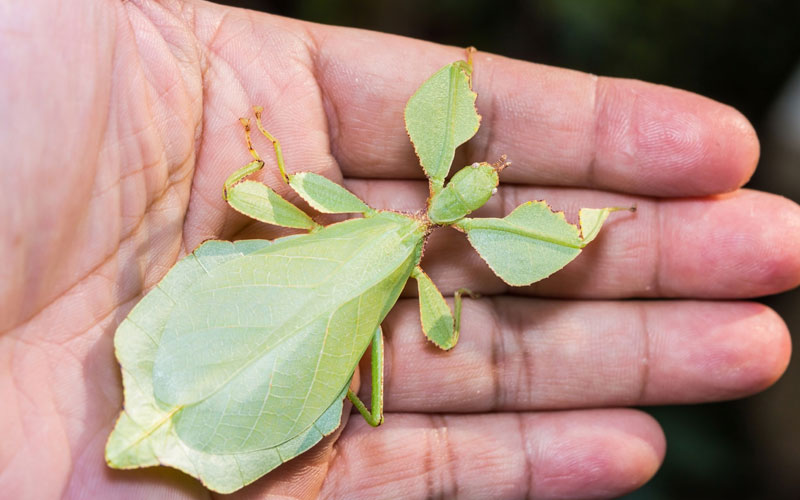