If you’ve been looking to get a really impressive insect to complement your personality, nothing screams greatness louder than the Atlas Moth (Attacus Atlas). This is probably among the most unique and impressive insects you’ve ever come across.

It literally puts butterflies to shame in terms of beauty and elegance and it comes with outstanding characteristics that will make you fall in love with it.

Today, we will discuss the Atlas Moth – truly a name to remember in the insect kingdom. Here’s what to learn about the Atlas Moth.

The Atlas Moth is a gorgeous insect with massive wings and impressive and colorful patterns. The main colors include orange, white, bright yellow, red, and some occasional black enriching the wings’ pattern. This colorful pattern is useful for blending in the environment, as the moth prefers resting on branches, tree bark, and any surrounding vegetation that can hold its weight.

Oh yea, I didn’t mention its size. The Atlas Moth is among the largest insects in the world with a wingspan of up to 10 inches or more in some cases. Females tend to be larger and heavier than males with a more impressive wingspan.

This is common among most Lepidoptera. Males, on the other hand, have longer and broader antennae with dense follicles, whereas females have shorter and thinner ones.

Another jaw-dropping detail relates to the moth’s defense mechanism. When resting, the Atlas Moth generally keeps its wings tucked together. It will spread them if it intends to fly or when sensing a potential predator around, like a bird. And that’s when the magic happens.

If this doesn’t immediately intimidate the predator, the moth will even fall to the ground and perform jerky motions. This will cause the illusion of two snakes moving their heads, ready to attack. It is an ingenuous mechanism that only Mother Nature could create.

The Atlas Moth is endemic to Asian forests, spreading across Malaysia, India, China, and Indonesia, among other locations. You can spot it in dry rainforests and tropical and subtropical areas throughout Southeast Asia.

It’s worth noting that Atlas Moths don’t fly too often or for too long. That’s because they are big and heavy and don’t have a lot of energy to spend. They will preserve all the energy they have for when the mating season begins.

This means that they don’t stroll too far from their birthplace. 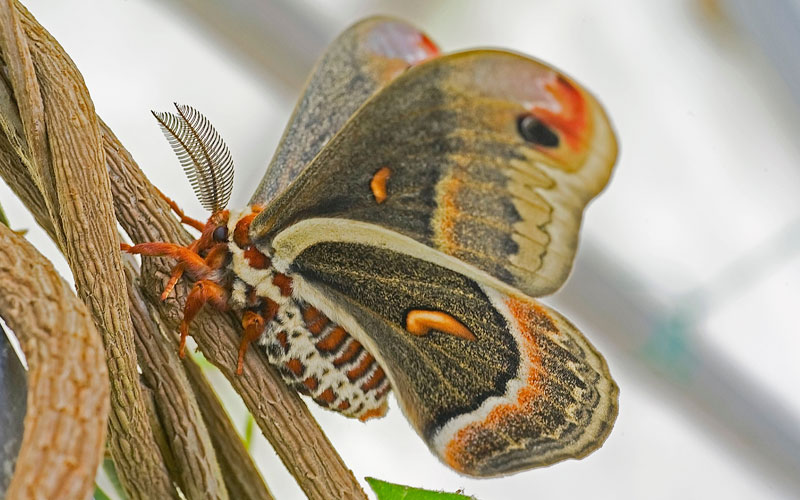 The Atlas Moth will generally spend most of its time chilling. It is a nocturnal creature and, since its eyesight isn’t great, it tends to be more lethargic during the day.

When nighttime comes, the moth will attempt to find a compatible mate. The Atlas Moth will steer all its efforts towards that goal since it only has around 2 weeks to live as an adult.

It will use these 2 weeks to search for a mating partner relentlessly, after which its life will come to an end. It is a short but meaningful journey that all Lepidoptera undergo and the Atlas Moth is no exception.

So what do Atlas Months eat? The short answer would be nothing. The Atlas Moth has no mouth and doesn’t need to consume any food, which is what makes it unique among the Lepidoptera family. The larva will need to consume impressive amounts of food to both fuel its own growth and support the adult moth after the pupa phase.

The larva will eat cinnamon leaves, citrus fruits, Jamaican cherry trees, etc. Whatever the fruits and plants it prefers, it prefers a lot of them. The larva will spend all of its life-consuming as much food as possible.

This means that you should be careful about raising them in captivity. Let them loose around your backyard and you will regret it shortly. 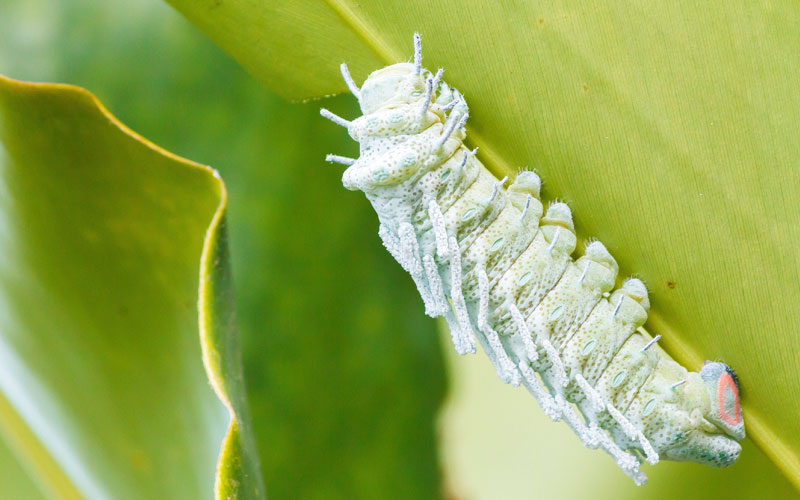 The reproduction process is pretty fast and straightforward. The female emits its specific pheromones, the male follows the invitation, and the mating takes place. Both the male and the female die shortly after, leaving behind a lot of eggs to spawn the next generation of larvae.

The larvae represent the next stage and the longest one. The Atlas Moth larvae will spend their entire lifespan eating continuously and growing with each day. The larva will undergo several molting phases, during which its body will grow even more.

The adult moth can reach 10 inches in wingspan and around 0.8 to 1 ounce in weight. The adult’s size depends on how much the larva feeds during its lifetime.

The cycle ends with the new generation of Atlas Moths mating and dying for the cause. It is the never-ending cycle of life and death that characterizes the Lepidoptera family. It is short, but memorable in its beauty and uniqueness.

If you’ve been looking for an impressive, exotic insect to breed, nothing captures those characteristics better than the Atlas Moth. It is a titan among the Lepidoptera genre with a short but explosive lifestyle, unforgettable looks, and a magnetic presence that hypnotizes.

Here are a handful of extra facts about the creature to help you better understand its morphology:

If you’re really into the Atlas Moth, but wish to learn more about the topic, give me a shout in the comment section. 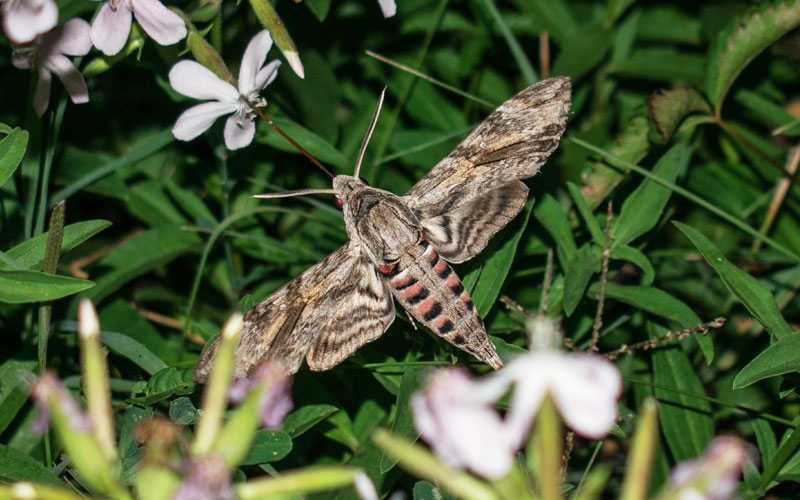 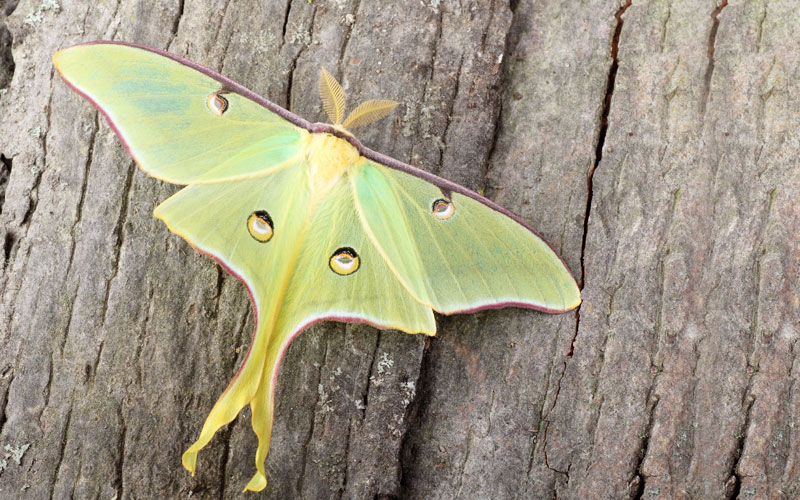