A planthopper is a petite insect of about 1 inch in length. It has a pair of veined wings that help it move fast and escape from predators. And this tiny hopping insect is a menace to trees, orchards, and vegetation if it comes in great numbers. 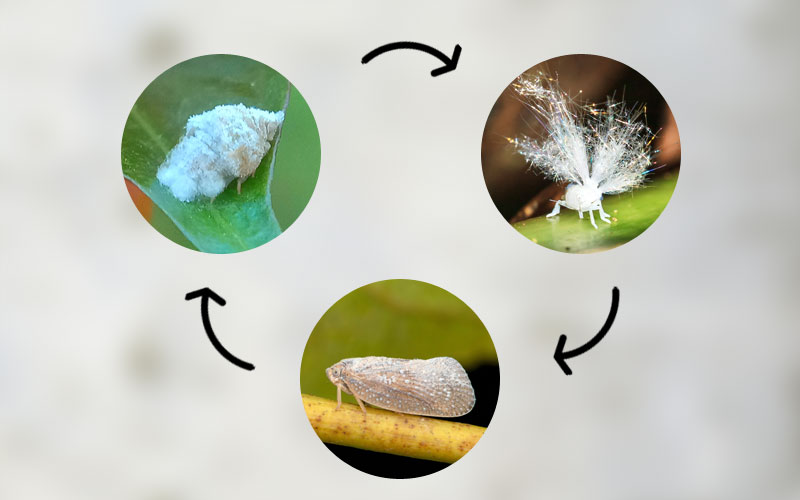 The life cycle of planthoppers is usually about 40 days, depending on the species and the environment.

There’s a lot to be said about these insects but in today’s article, we’ll only get into their life cycle. From egg to nymph to adulthood, we’ll explore every aspect. Keep reading! 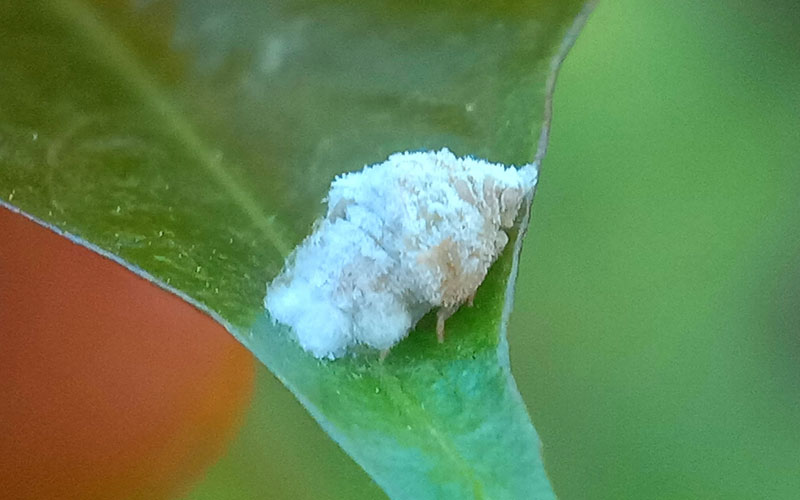 Planthopper eggs are present on plants all year round, on leaves. After mating, the females will lay their eggs in batches of 90-110 on the adequate plant leaves. The eggs appear white at first but will become black because of a fungus that quickly pops on the egg cases. Planthopper eggs are already infested before even hatching, which is quite a marvelous sight!

Female planthoppers have a different abdomen than males, fit for laying eggs. It’s called an ovipositor, and what it does is lay eggs. If you look closely in the planthoppers’ natural habitat, you’ll notice the small whiteish blobs on plant leaves. Those are the eggs, waiting for spring to come so they can hatch.

Depending on the planthopper species and environment, the eggs usually hatch between 6 to 8 days. 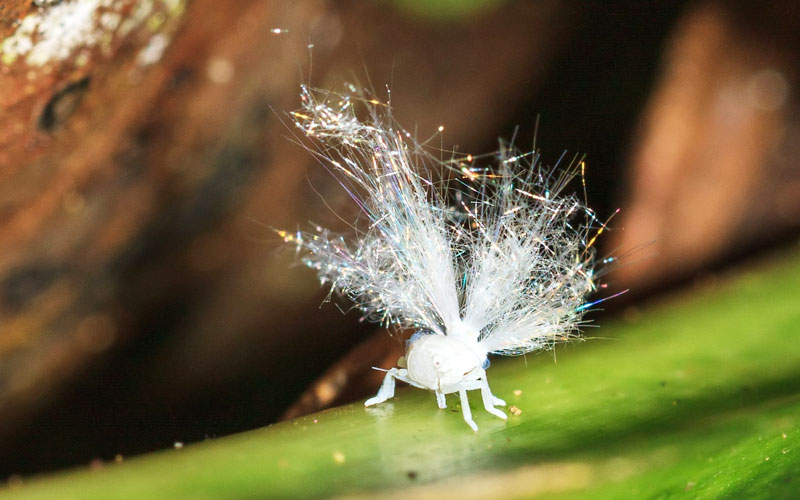 One difference between planthopper adults and nymphs is that adults can hop and jump and leap. They can move around pretty fast. But nymphs don’t do that.

They just walk around, slowly and steadily, so they don’t lose balance and fall off the leaves. You may notice that nymphs are whiteish, with fluffy coats around their bodies. They use this fluff as camouflage, to hide from predators.

But that’s not all. Planthopper nymphs have another scare tactic against predators. Their butts (back ends) secrete a waxy protrusion that eventually becomes like fiber optics.

The fine lines go in every direction after diverging from the back ends of the nymphs. This spectacular show will awe predators that may hesitate to catch the nymphs. It’s a survival mechanism that works!

The fiber-optic tail serves another purpose, as well. It helps the planthoppers glide in the air after hopping. By using their tail to fan the air behind them, nymphs will receive a boost while in the air, moving further and faster.

Regarding their lifecycle, nymphs will generally stay around the egg mass before leaving. Smaller groups at first, and then they disperse even more. Planthopper nymphs are initially white, with waxy filaments on the sides, and two white tufts of wax on their abdomen. The living space of nymphs will always become waxy because of their secretions.

Nymphs also have antennae, three legs, and a rostrum with stylets. They gain multiple adult characteristics through molting, as they go from instar to instar. Molting means the nymph will shed its old skin and reveal the new one from the new instar. As the nymph advances through the instar stages, its skin will become greener, with the fourth instar being green with red markings.

The fifth and final instar is white with pink markings all around. As the nymphs grow older, they will have wing buds and a bushy, fiber-optic tail. This tail will leave wax behind it, coaxing everything in a waxy substance. In fact, the body of a nymph secretes wax through various body parts.

Planthoppers stay in the nymph phase for about 16-18 days, depending on the species and environment.

Planthopper adults are about 0.375 inches long, with a lime-green and purplish-blue appearance, with a powdery white coat. Their wings cover most of their bodies in a vertical posture. Their heads are either angled or pointed, with antennae just below the eyes and on the sides of the head.

When the nymph becomes an adult, it gets the entire wingspan, normal-sized limbs, and everything else that defines a planthopper. Adults mostly live in tropical environments in America.

They’ll leech off of trees and vegetation, and often, farmers see them as pests because they destroy orchards and young trees. Though, this only happens if there’s an enormous population of planthoppers in one location.

Adult planthoppers have straw-like mouths with which they drink the sap from trees. They’re like plant mosquitoes that drink the blood of plants. Most planthopper species will eat various types of trees, plants, and grasses.

Others will only eat oak, for instance. If they are in large numbers, planthoppers will cause immense damage to plants and trees in their surroundings.

Adult planthoppers live for about 15-20 days; again this really depends on the species.

Planthoppers do what planthoppers do – they hop, drink sap from trees, and mate. Females lay eggs too, so there’s that. A planthopper’s life cycle only lasts for one year because, in one year, all the adults will have died.

The only surviving members of the colony are the eggs that will hatch next spring. As the nymphs get out of their eggs, they’ll start feeding off plants and trees and quickly go through their instars.

For any questions, give me a holler below, and I’ll reply within minutes! 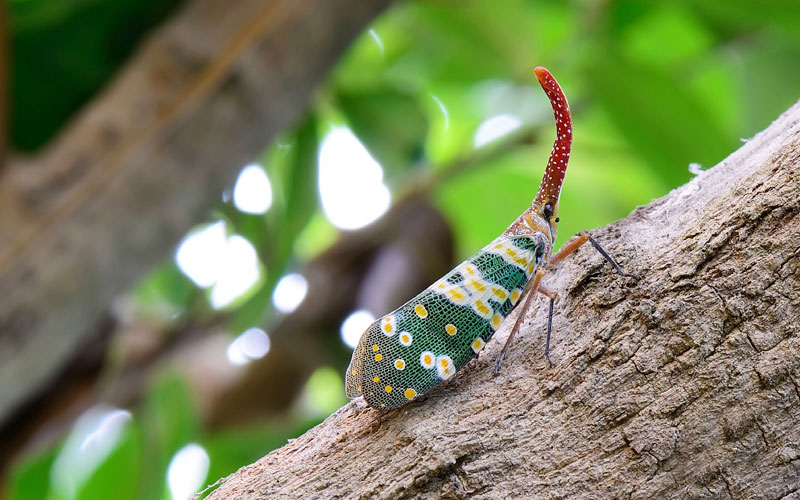 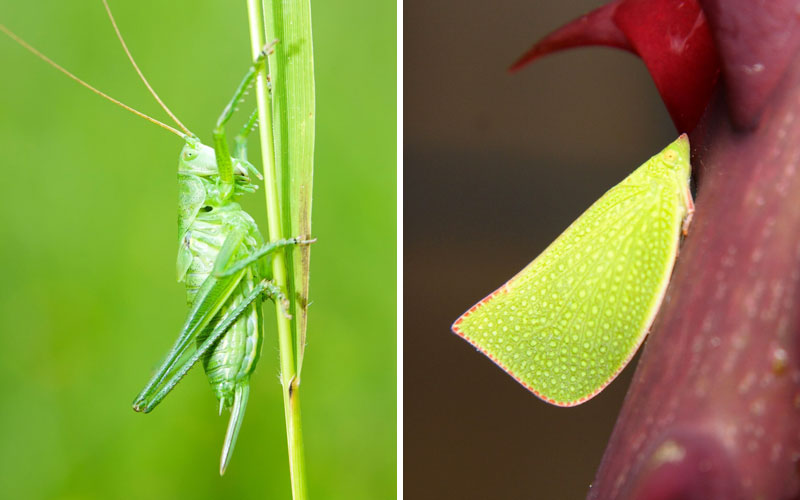